Demonstrating the final version of LiveLight

In order to progress from Prototype Two to the final version (above), I had to find solutions to a few things.

To accomodate more users, I set out to increase the amount of notes that could be played at the same time. I tried 24 and 32 instances of my synth patch - synthjuan - but it seemed that only 16 would work smoothly! 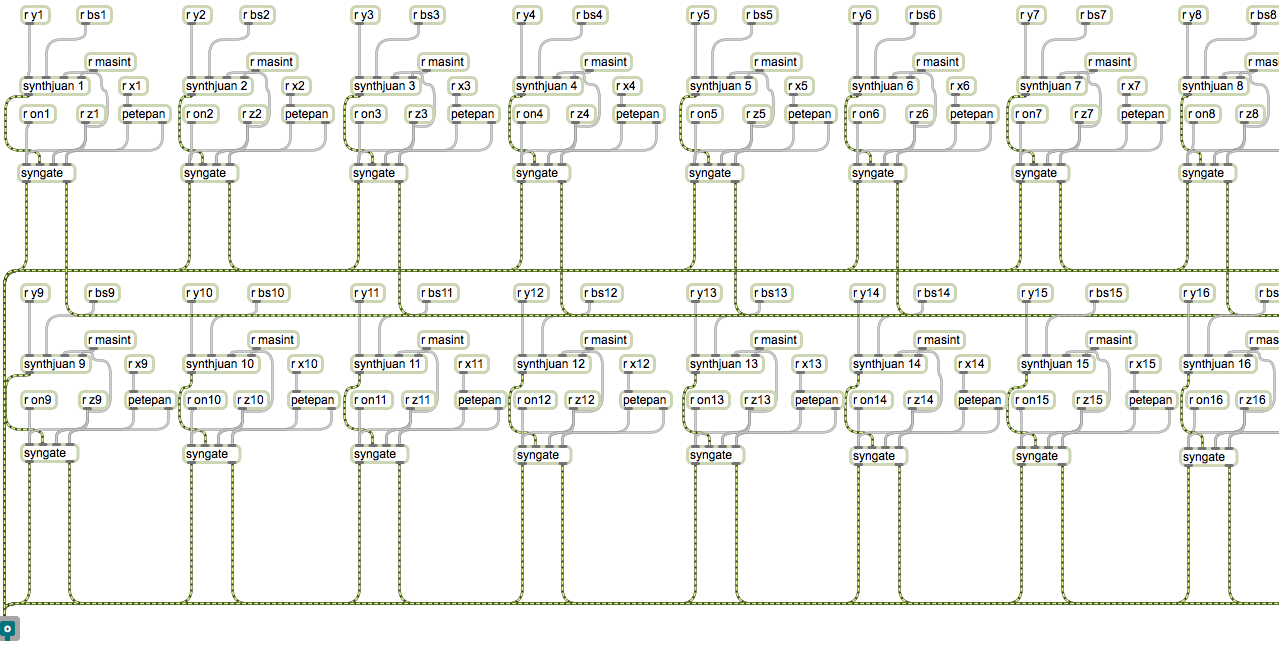 Some triggered midi notes would not receive a note off message, continuing to play as a constant tone even as new notes were triggered. This was probably due to the large amount of notes that were being triggered. After hunting through the Max library, I finally found the solution in the flush object, which sends a 'note off' message to all midi notes that have been triggered. I integrated it on a timed switch (metro 2000), so that it would 'flush' every 2 seconds: 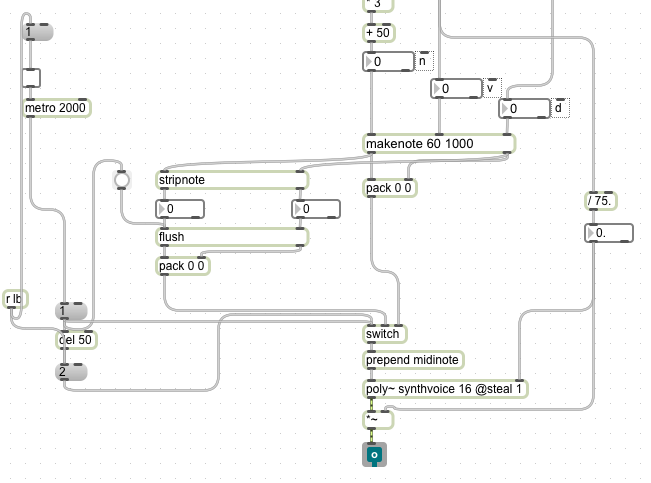 I used a low-pass filter to remove the audible 'clicks' that would occasionally be created due to the intervals between triggered notes being very short. Naturally the LPF softened the final sound output by reducing its overall brightness, as well as reducing the audible distortion that would occur when multiples of the same synth note were trigger concurrently: 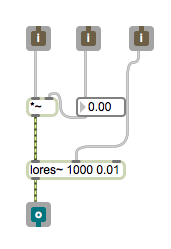 One design request made by ZY was to find a solution to the potential 'problem' of the audience shining light right into the camera lens from a close distant. Doing this would prevent other people within the space from playing, since the whole image would be over-exposed. Prototype 1 had the solution! I integrated the jit.3m object (plus a few operations) to calculate the total RGB value at regular intervals: 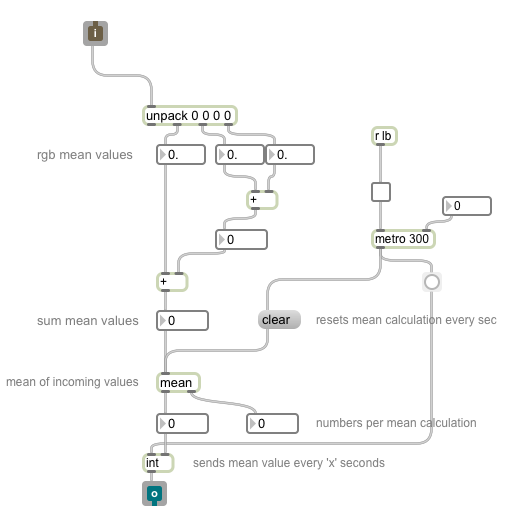 Next, using the past object (mentioned previously), a soft crescendo of pink noise would be produced whenever the RGB values exceeded a certain threshold. In order to create more structure to the experience of sound within the piece, I decided to integrate variations on the tempo, note scales and delay effects, decided by randomly produced numbers at regular timed intervals (see / listen to video above): 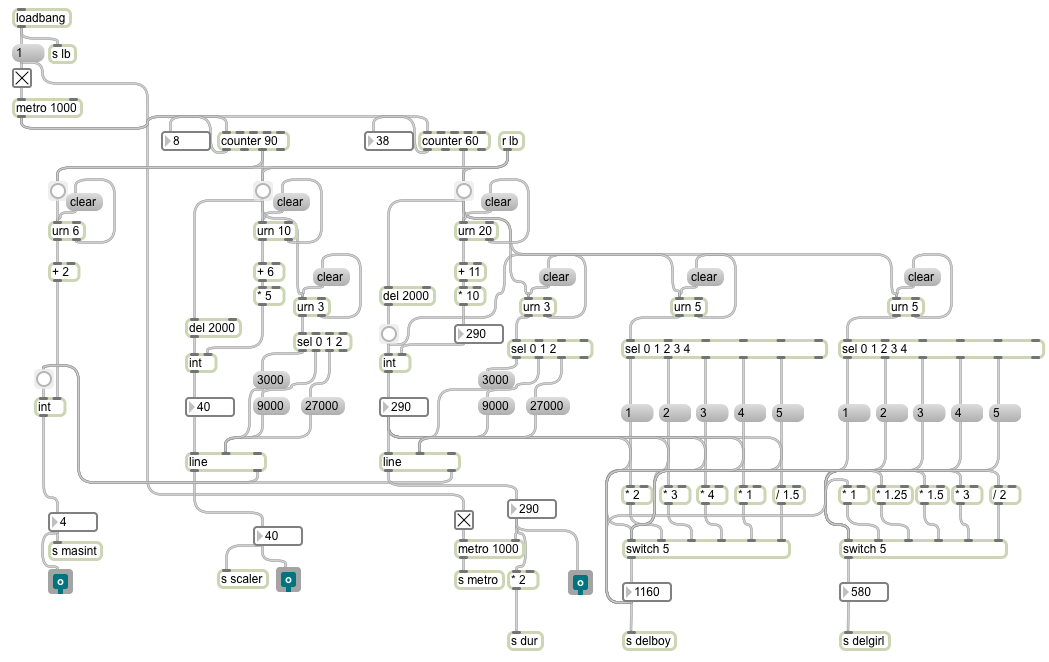 The resulting composition - although somewhat simplistic in its treatment of materials - aspires towards being somewhere between generative and interactive music. Though these variations are programmed there are still unique moments to be heard within the piece, since each audible state is dependent on both how the user plays with it and the random numbers produced at each interval.
Conclusion + Future Development


I feel this project was a success, especially given the amount of time available to execute the work. I very much enjoyed working with Oz collective although ideally it would have been better to work closer together - in the physical sense. Hopefully we can do this if / when we work together again!

It was certainly a challenge to delve deeper into Max and expand my vocabularly, incrementally. As with any language (programming or otherwise), in taking steps to becoming more fluent in it, one's ability to generate ideas and find solutions to problems encountered increases steadily. This was a back-up solution for 'stuck notes' - producing 1's and 0's to turn on / off signal gates for each triggered synth note.

Although the overall feeling from this project is a positive one, there are still some things that could be improved in future versions of it. On the sonorous side of things I would certainly look at going deeper in on the 'variation' aspect of the work, thinking about how to make dynamic changes dependent on user input, as opposed to randomly generated numbers. I would also like to broaden the sound palette so that instead of solely using staccato notes at varying tempos & pitches, there would also be variation on note durations (perhaps in relation to how long the visual feedback lasts) and more harmonic development (considering chord progression, etc). It would also be worth considering how RGB data could be used independently to form a tighter relationship between sound and image (i.e. each colour could have a corresponding sound palette). 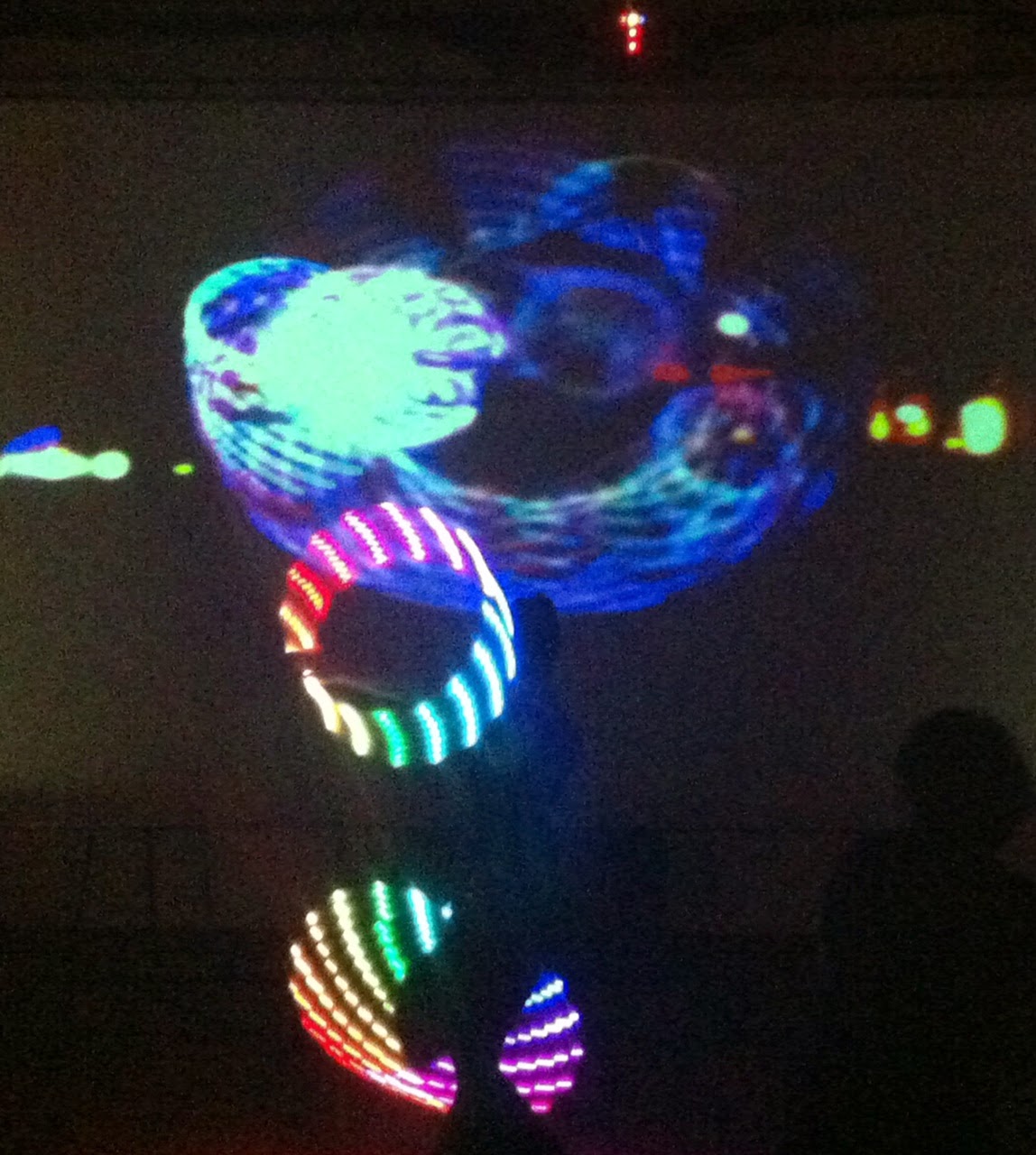 In terms of space, one problem encountered was that the road parallel to the installation produced light that was continually read by the camera. This meant the 'canvas' was never blank and likewise, there was always a few audible tones present, even before any user input.

During the testing phase (within the space itself), it would have been good to measure the approximate height and width of the cameras view at different depths within the space. This would provide a more accurate way to demarcate the space for the audience, and likewise provide precise limits for the y values, as determined by the floor and or the height reachable by the audience.

It's all a learning process!

* Installation Documentation Video to follow*
Posted by ZTHQ at 06:57 No comments: 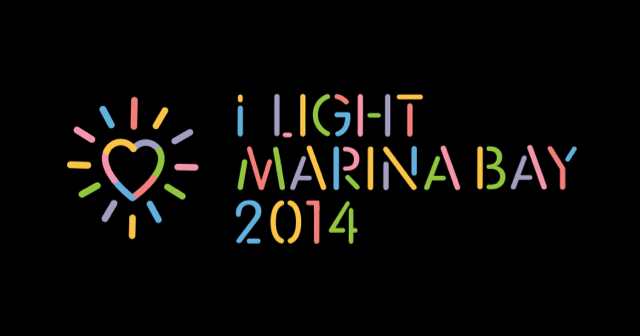 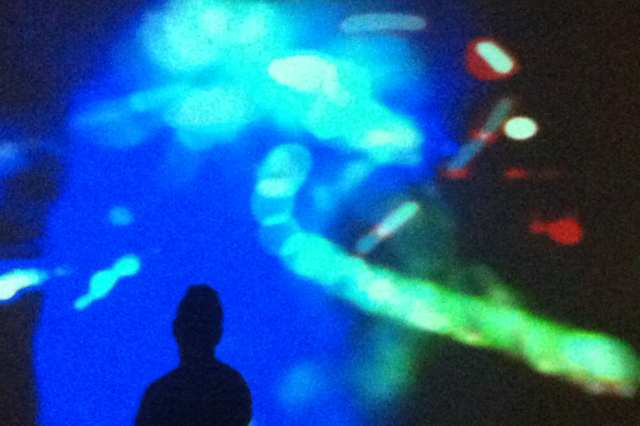 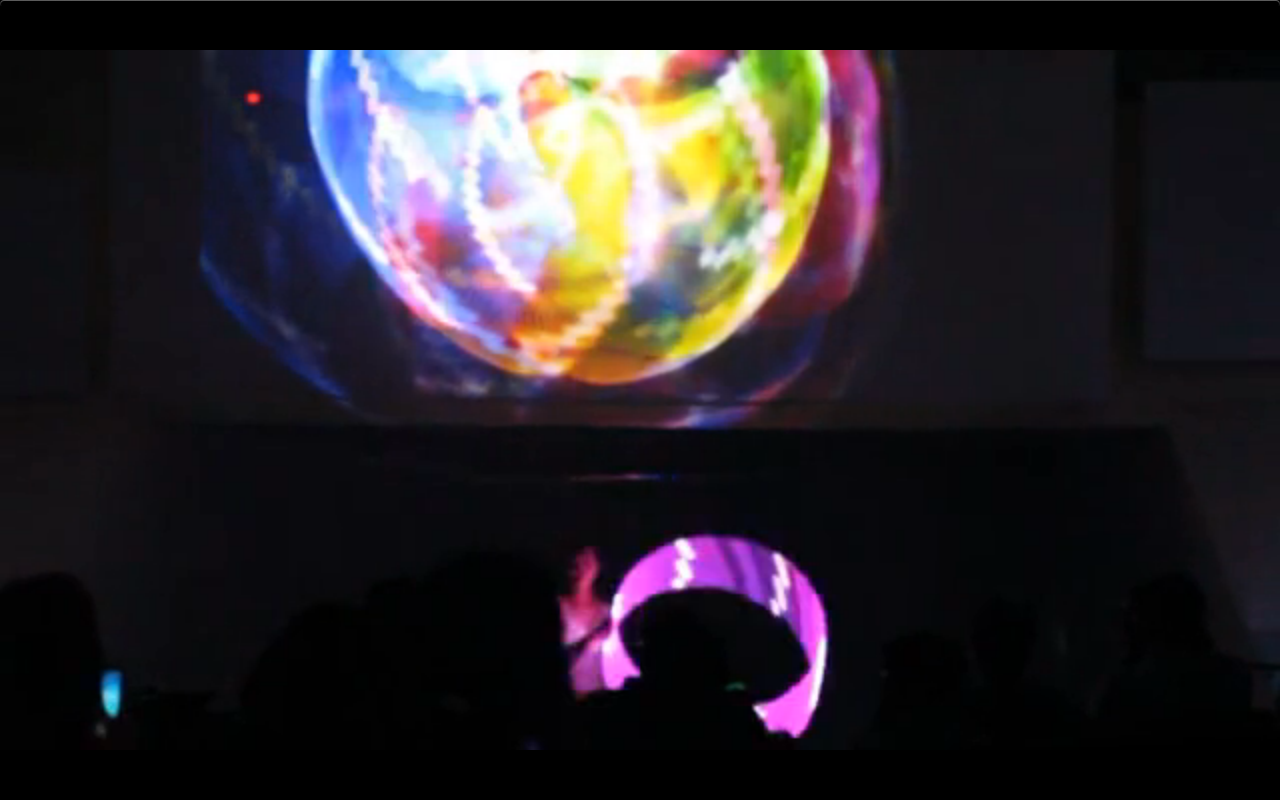 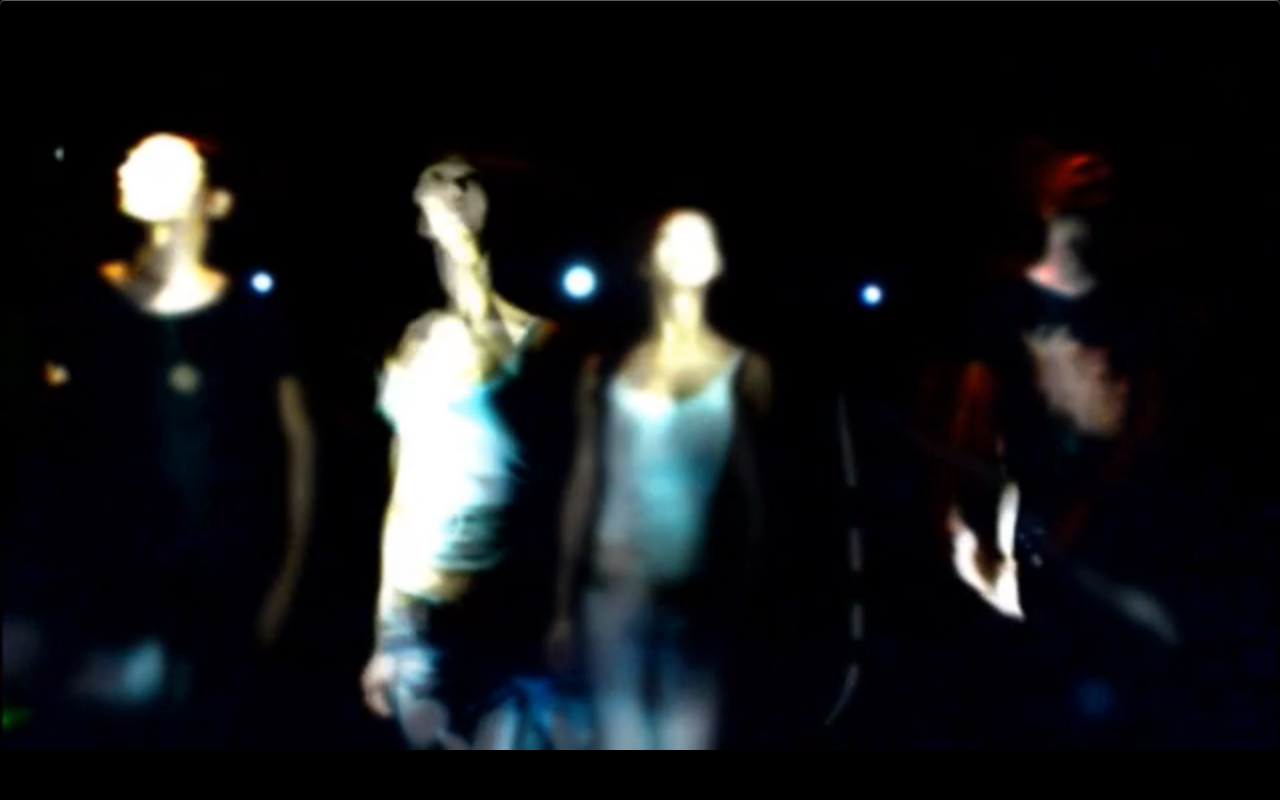 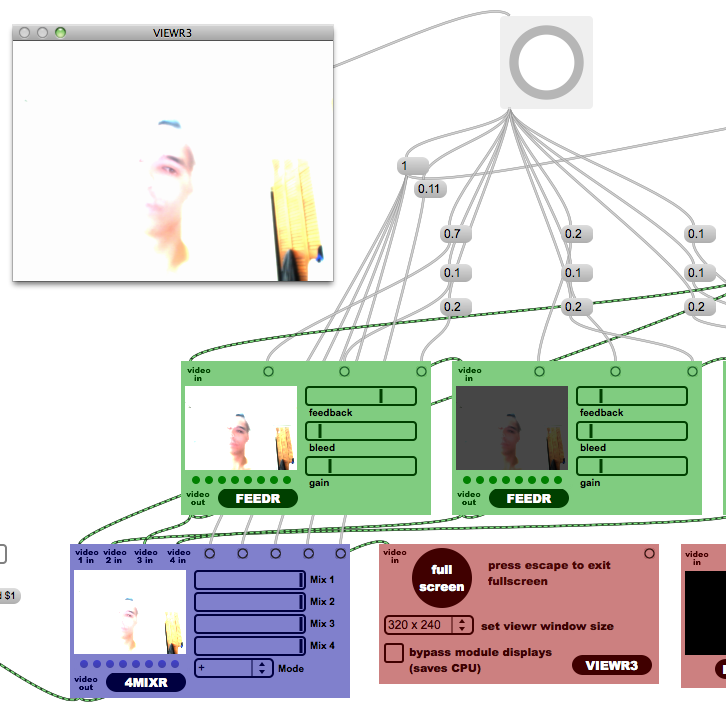 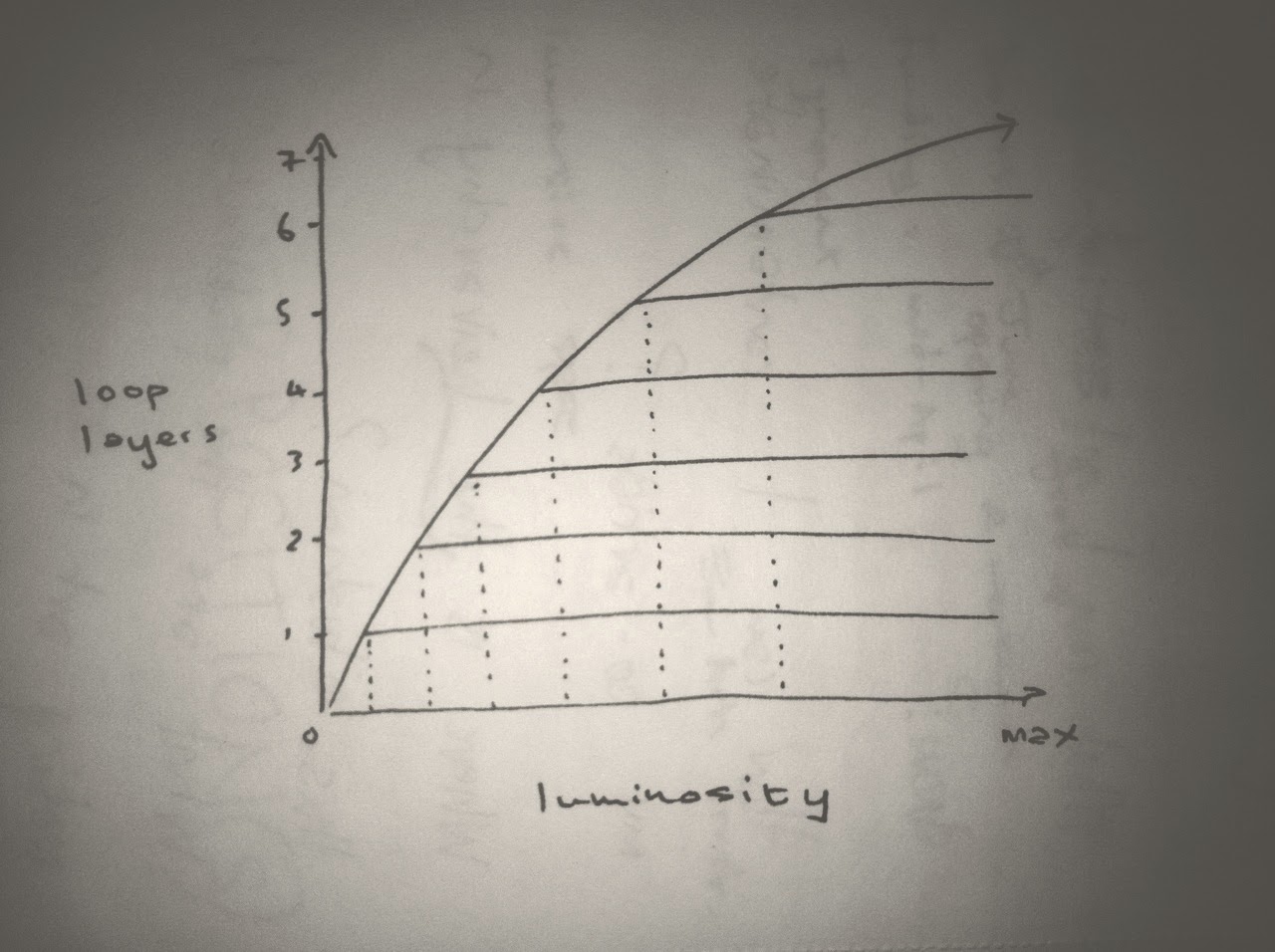 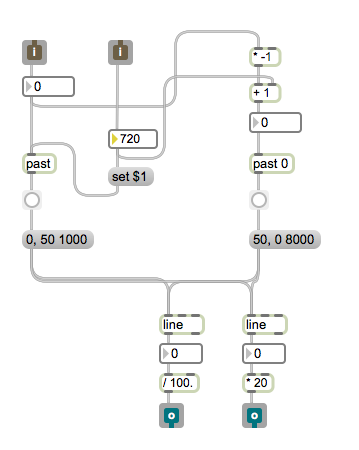 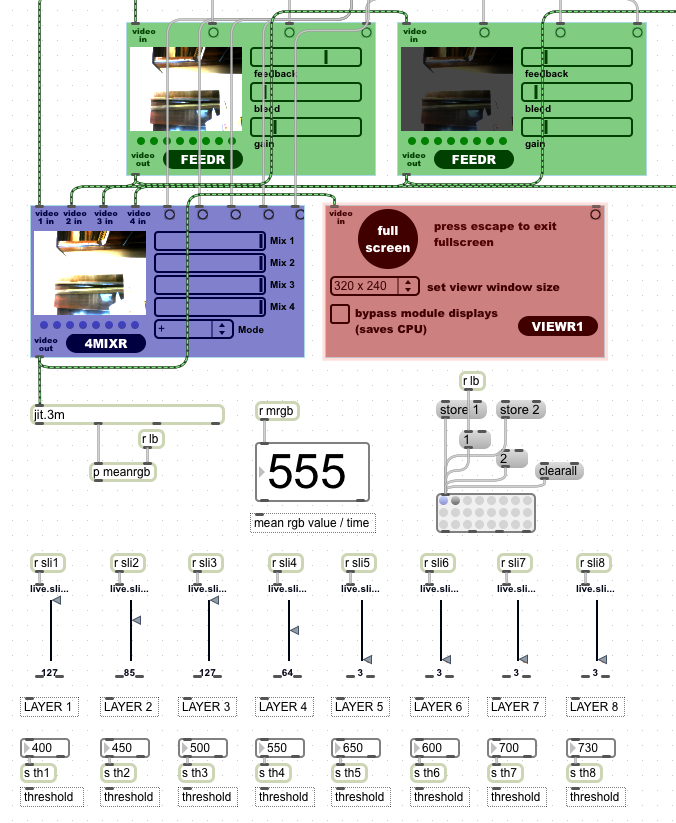 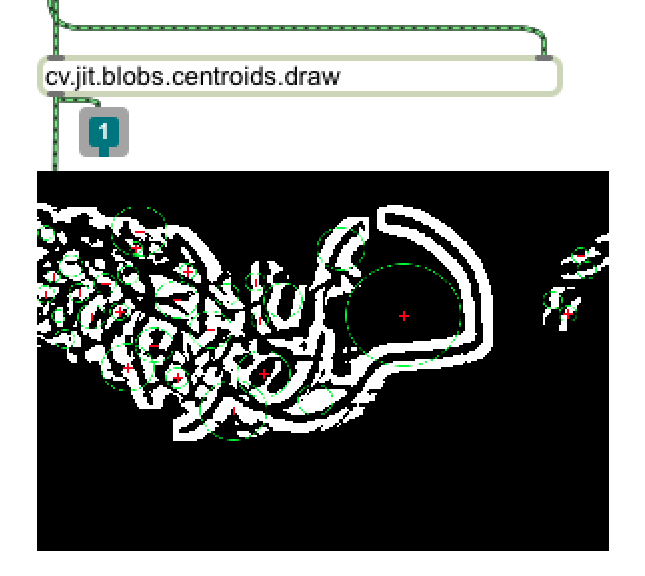 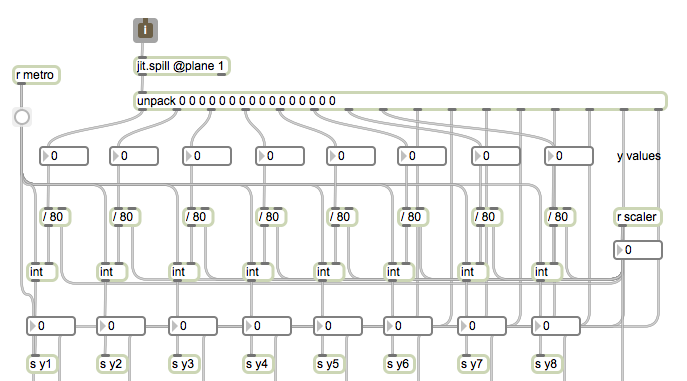 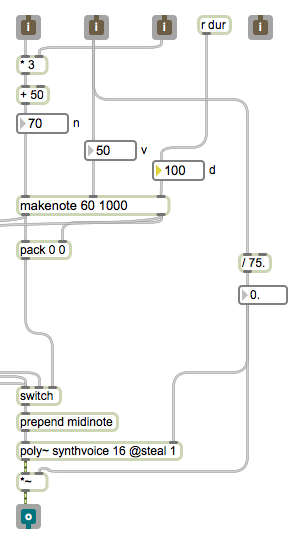 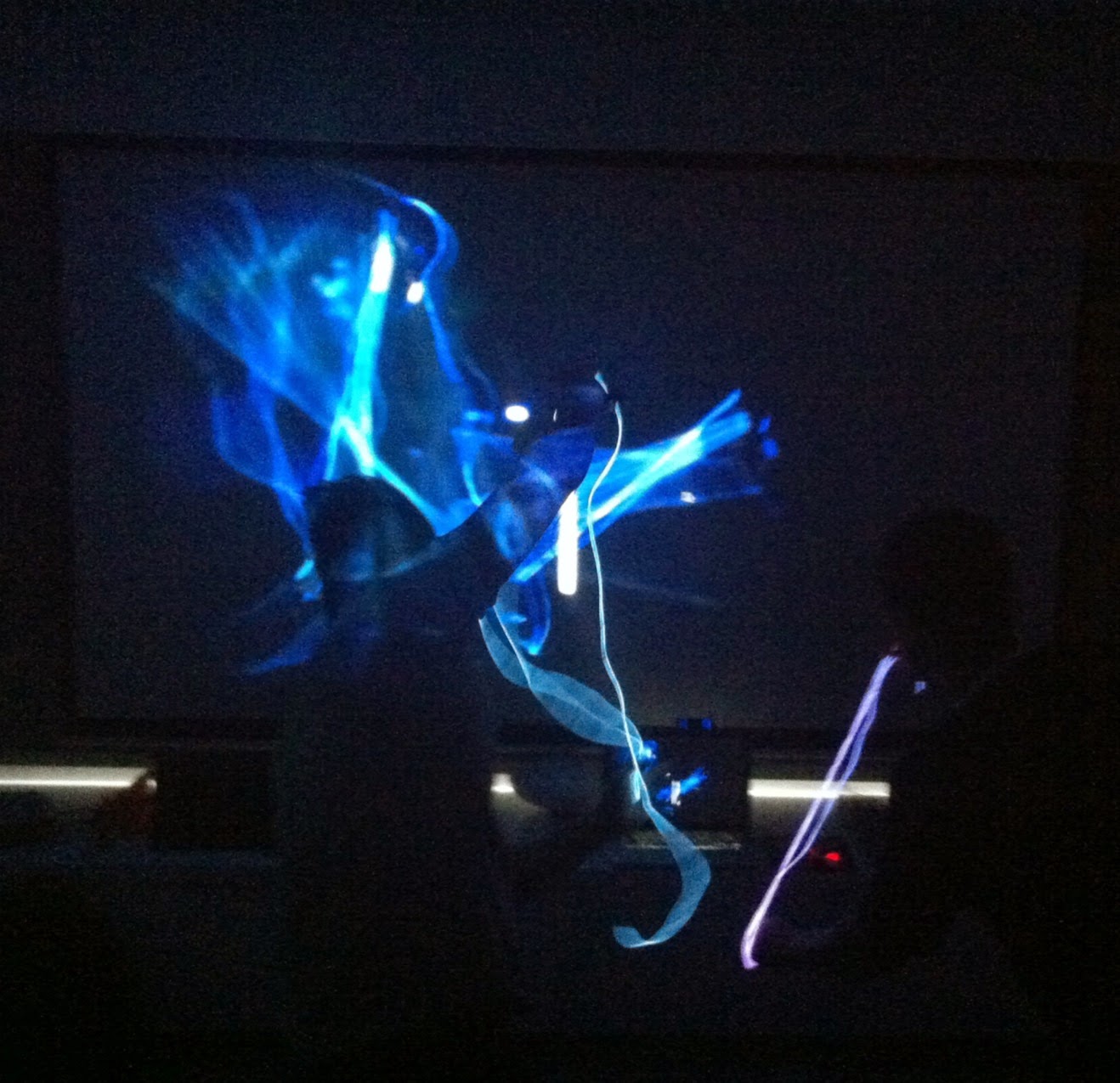 "We live in the flicker"
Joseph Conrad, The Heart of Darkness, 1902.

Simon Ball and I will be screening our new work, Flickering Shard, as part of the final event of UCL Urban Lab's DEMOLITION season this evening: 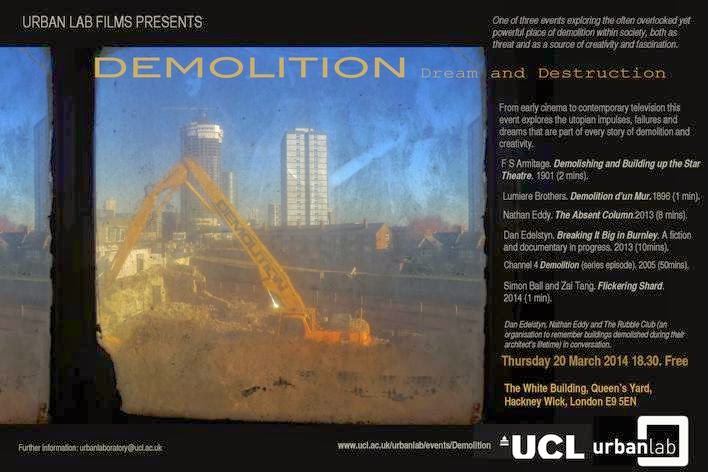 Flickering Shard marks our third collaboration, following Olympic Dreams (2012) and Exploit (Bukit Brown Cemetery II) (2013). Without revealing too much (yet): The work is a digitally animated audio-visual composition, exploring notions of progress within the city in relation to 'construction' and ' demolition'. 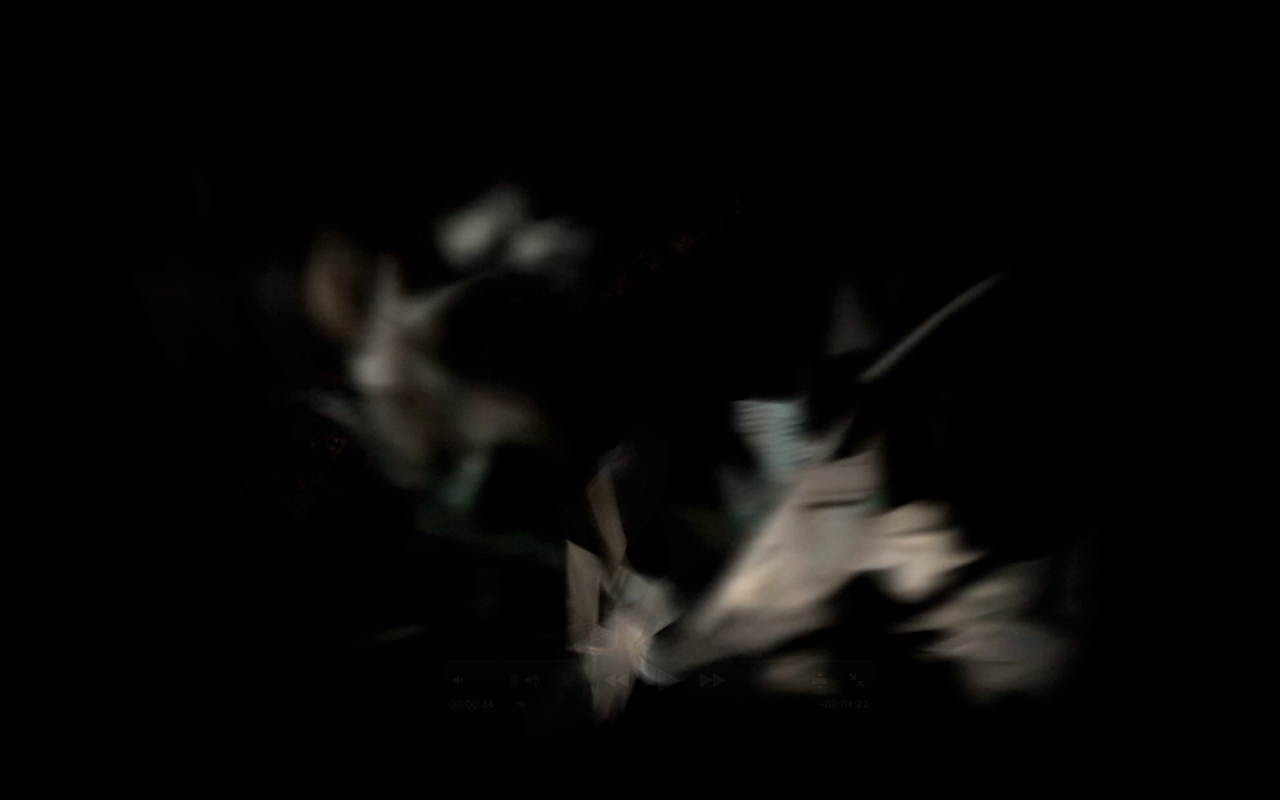 The work is derived from Simon's photographic material - collected during a series of walks between The Shard (London's tallest skyscraper) and Canary Wharf (formerly London's tallest building) - and field recordings I made during journeys stemming from the Thames (plus an additional recording of a construction site in Singapore). 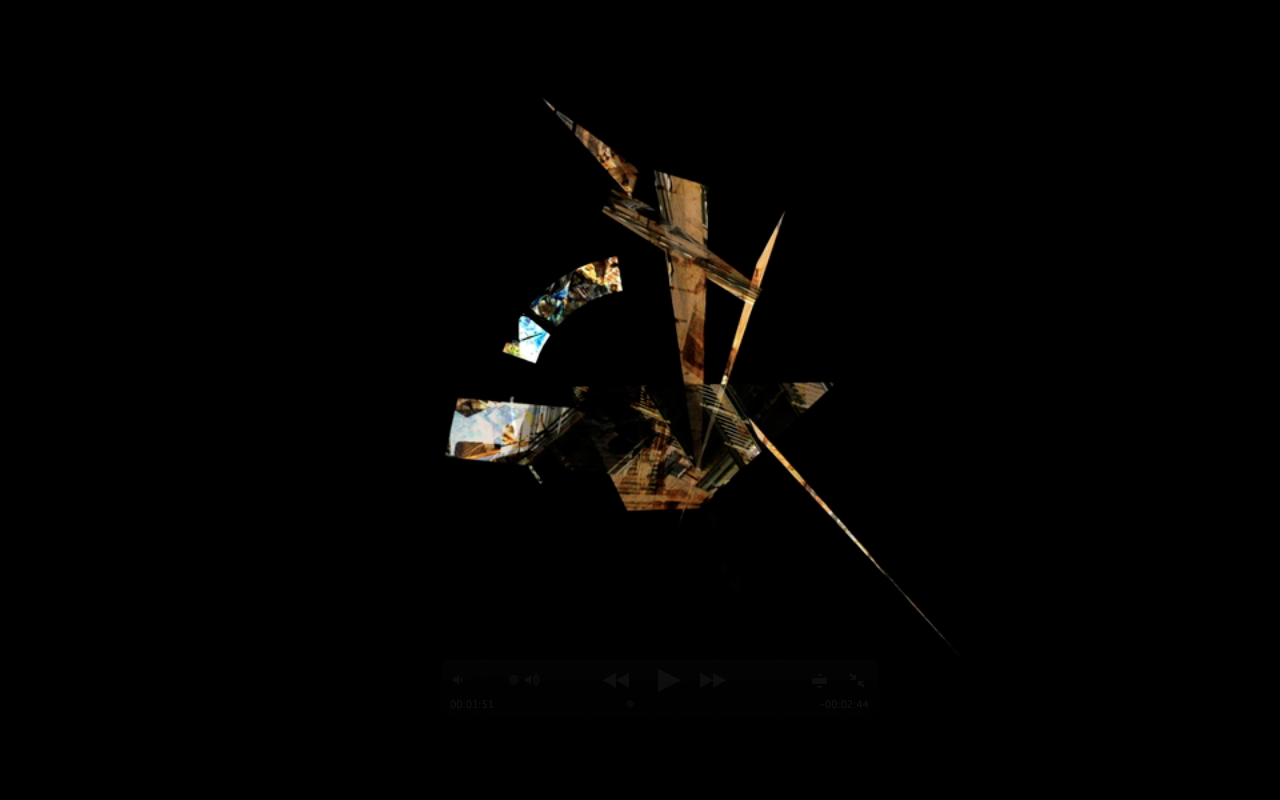 Thanks to Hilary Powell and UCL Urban Laboratory for organising this event! I wish I could be there in person. 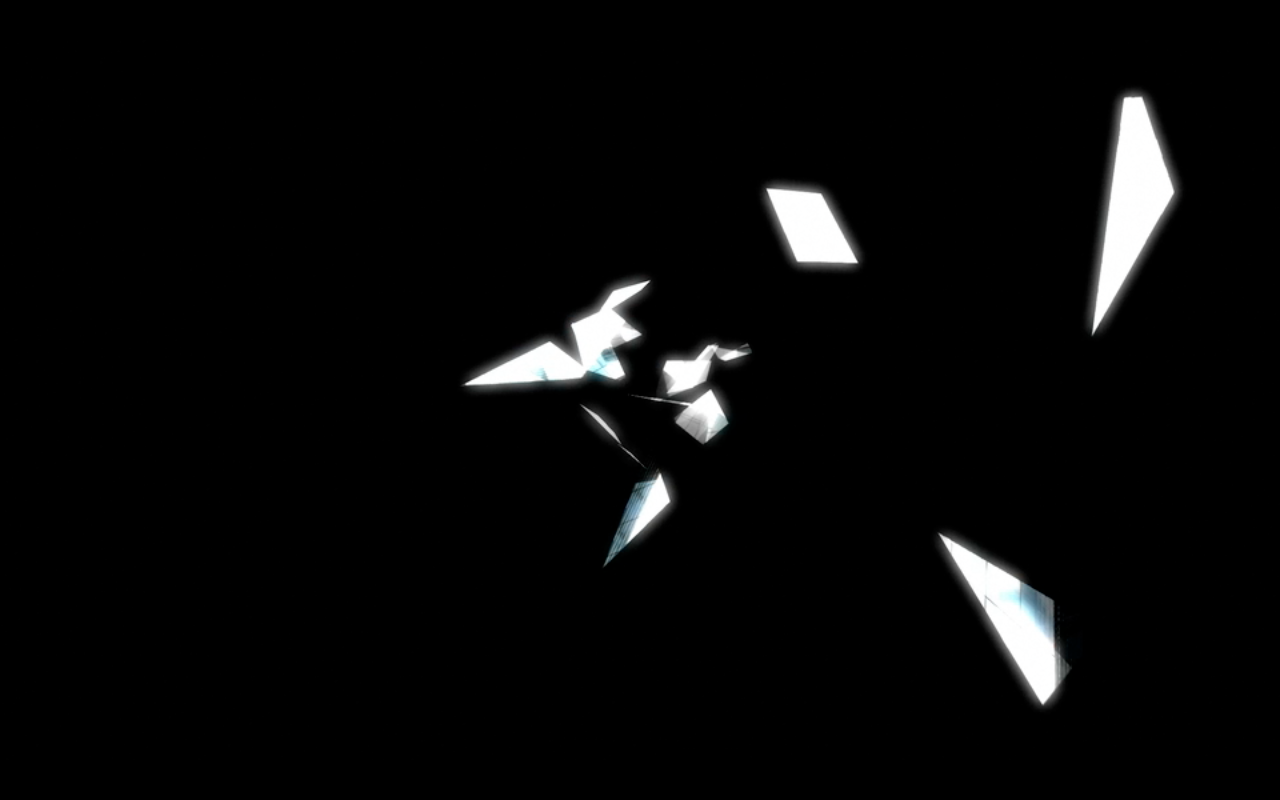